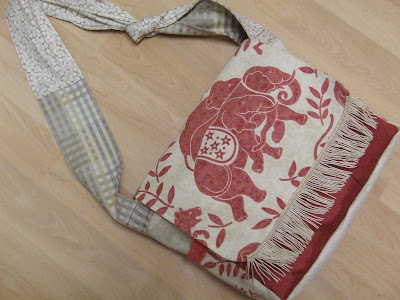 I once heard of a young girl who came to Canada from somewhere in Africa. She and her brothers lived with an auntie until "disgrace" came to the family through the young girls' indescretions. The girl was sent away, and unbelievably, connected with her sponsor family (compassion? world vision?) far away from her original Canadian destination. They took her in as family- which in a true but incredible way; is who they were from the moment they began sending money to some anonymous little person in Africa. I think of her sometimes, hoping that although she has suffered so many terrible losses, that all the redemption will rise to the surface and become the song of her life. 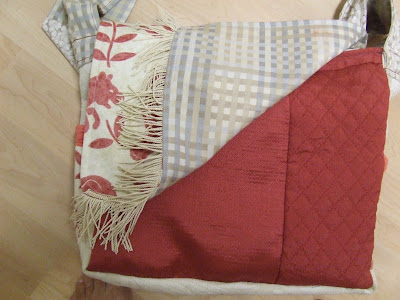 This bag is "Kleefeld meets high-end fabric rep meets Heather meets Morris". Like I said. There's a lot more family going on that what first meets the eye. 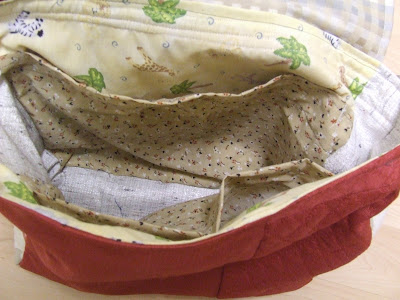 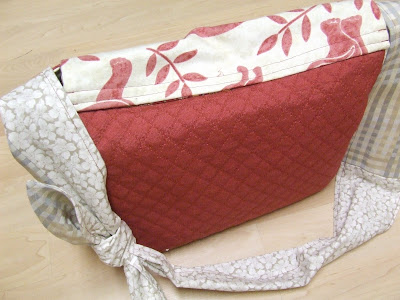 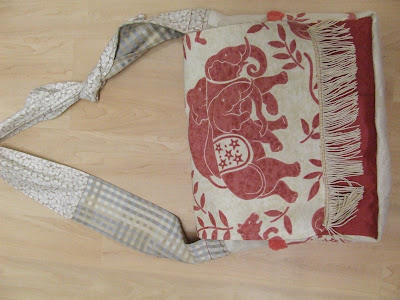 It's more subtle than some of the other Africa bags, but really, really beautiful. 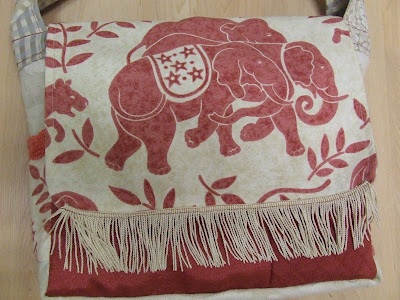 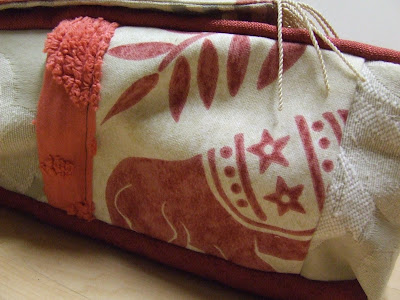 There's a little bit of that chennille that I've talked your ear off about. It adds some great texture. 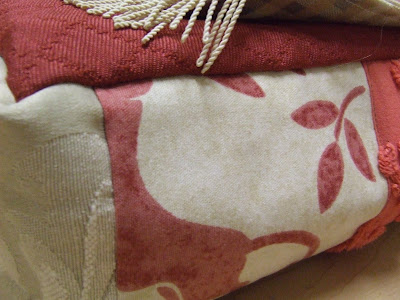 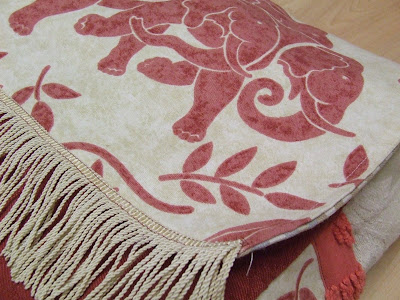 You've done it again, Joyce! What a gorgeous bag.

The bag is beautiful! It would look great on my niece (she collects elephants!) - how about $30?

oh my gosh, this bag is gorgeous! and i'd like to hear more of that girl's story...

Joyce - please quit making bags that I can not resist bidding on!!

How about some baby pink bags? I would be able to pass up that one...

mmmmmmmmmm I have a soft spot for African bags -- beautiful, Joyce! Marshkies

planet kara- it is yours for $65.00
Please e-mail me at re-joyce@mts.net and give me your mailing address. I'll communicate details.