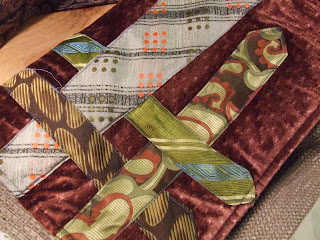 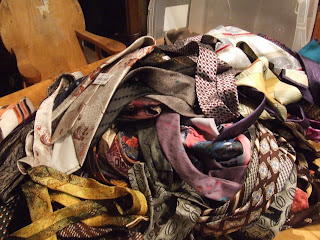 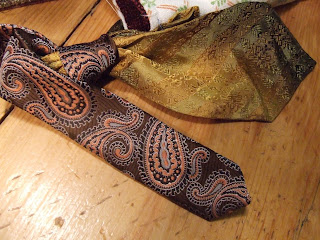 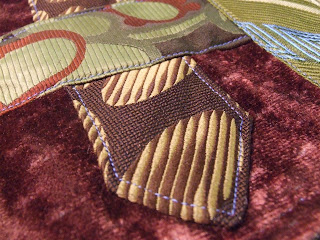 The well laid plans of mice and men....
Got the bag completed last night after grocery shopping for roughly 500,000 lb of food that will eventually land up in the garbage, or the toilet, or on my thighs.
Got all the photos taken last night after putting away the refridgerater stuff.
Got the photos uploaded to blogger and a few words written before getting into bed feeling like the most ahead-est of time philanthropist this side of Calcutta.
Felt exhilerated by the thought of getting up early and spending some time unearthing the house and putting away twelve thousand boxes of granola bars and saltines. 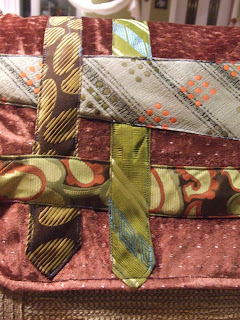 Slept in by an hour.
Had my first child show up as I'm so impressively still in the shower and Brian has to bellow out the bathroom door (as he is shaving in... well.... not much...) YEAH, SHE'S IN HERE!
Greet child while wrapped oh-so alluringly in towels. 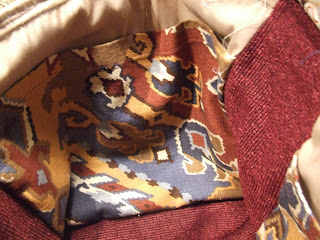 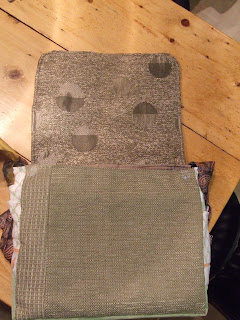 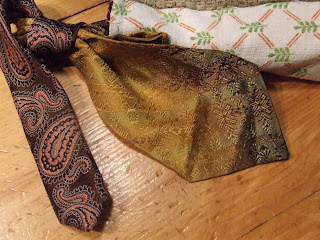 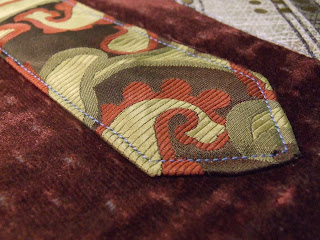 Think what a shame it is that I won't quite get to that housework, but how wonderful it is that I did the blog post the night before.

Set up child, while looking enthusiastic, and confident all wrapped up in bath towels.
Throw on clothes.
Log on.

Blogger hates me.
The pictures of the bag that were loaded last night, and any words I may have conjured up are gone, gone, gone. I find the pictures of Ken up in Nunavit and work on re-loading the bag pictures.

Being graciously stoic and private and hospitable as ever, I will kindly ask that if you want to see the &*^%$#@ pictures of Ken way up north where he once practised law, just scroll your little self down below Wednesday and you'll see them. On that computer that you are sitting in front of right now that never disses you. Always cooperates. Always does as you direct. 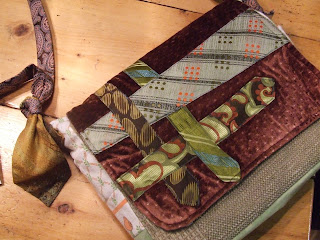 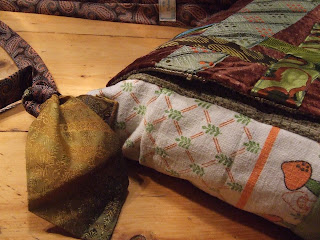 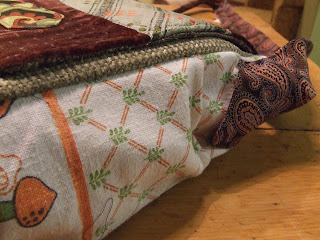 Ken.
Never did march to the beat of anyone's drum.
I have a feeling he's laughing right now.
Unconventional.

please bid until 8 pm, cst.
This bag was constructed out of some of that jumble of ties that you will see photographed near the beginning of this lovely fundraising post. Also harmed in this experiment are: an apron, upholstery samples, a curtain from the owner of Ceramics, and some seratonin.
Posted by joyce at 7:08 AM

love it love it love it
thank you so much for NOT having you life "all together". Makes me feel so much more comfortable with my own....

though, sorry that your work of putting together the posting of pictures of Ken for todays bag was lost...that's just down right-wrong.

but again, the mental images described of brian shaving and hollering.....children entering your home..... you in a towel graciously greeting.....
so refreshing to read.
"we live on the same street" honey (as Karla would say)....thanks.

In my estimation, this is your most creative offering yet! Simply stunning - kind of like you in your bath towel.

Joyce if I had a thousand dollars i would buy that bag i just love it to peices.

oh my gosh I love this bag tooooooo. Love the red love the creative use of ties....Oh to wear this lovely creation on my shoulder........sigh...

Beautiful bag. I bid $72.00. It would be great for a mom's bag for me. We are adopting antother child and should be heading to Ethiopia to get him in the spring. I would love this bag to accompany me there.

sorry, bad spelling that should read "another".

I am wondering if the bidding is over? Did I win?
Corrine

Oh man I missed it. Will try for another.