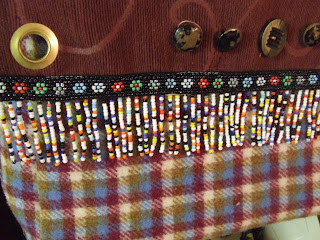 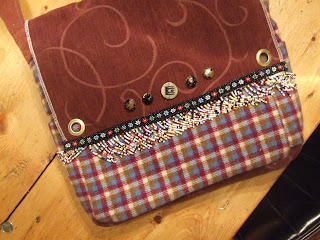 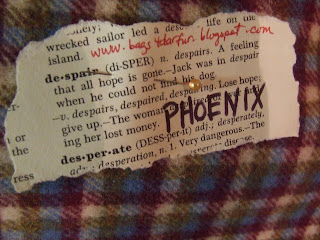 Today's bag reflects my pathetic attempt to bring some sort of honour to Phoenix Sinclair's short, desperate life.
Whenever I reflect on the holocaust and the horrers that the Jewish people suffered, I get chilled thinking that the very same type of thing is happening right now, today, in not only Darfur but other locations around our globe. Do we ever think about the concentration camps and wish we could have been there to do something? Well, we are. it may not be Auschwitz, but the very same horrible things are happening right now to the people of Sudan.
This brings me to similar thoughts about Phoenix Sinclair. Her awful little life is over. There isn't any intervention left in the world that would be of any use to her whatsoever. But who in our current circles of influence right freaking now is living the "life' of Phoenix? Someone who might have a shot at something better?
So, I'll leave the reference of phoenix from the ashes for someone else. It makes this story seem almost romantic. Which it is not. 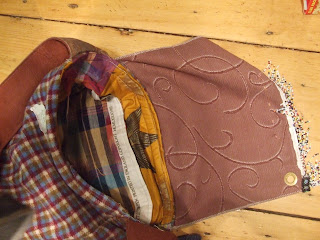 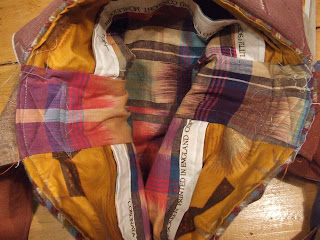 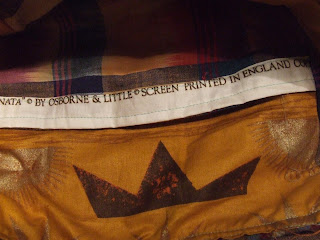 I used a gorgeous piece of fabric from London England (thank you again, Lettuce) on the inside to form the pockets. You can see the ink on the edge indicating where it was manufactured. 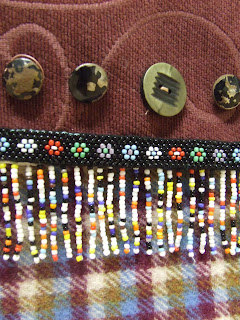 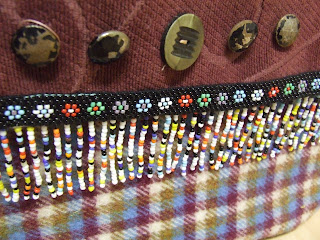 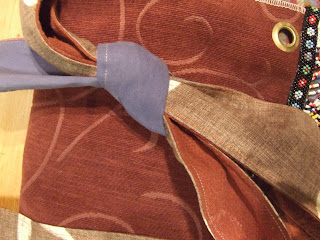 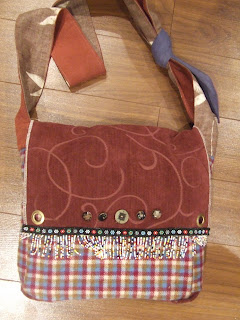 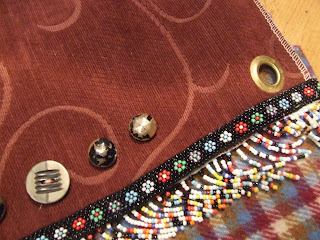 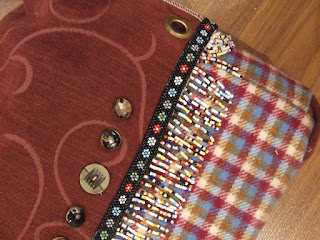 . The rest of the bag is self explanatory, I think. There is a pocket in the panel on each side of the bag. Two inside pockets. The flap is formed from an upholstery sample, and I simply kept the grommets in place and then balanced them with buttons. I like the effect.
This bag measures 12" deep and 13" across.
Any money raised from today's auction is going into Christmas hampers for Pakanjikum First Nations.
Posted by joyce at 6:58 AM

Tears in the eyes: Seams to really resound with the sad dry spot that her sad end leaves in the heart. Very nice job Joyce.

Phoenix will not be forgotten.

absolutely beautiful joyce, tears in my eyes too.

You've done it yet again Joyce! Absolutely beautiful! And for a beautiful cause! $115 Pam B:)