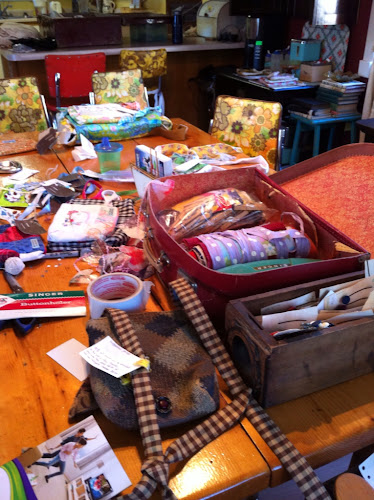 It's hard to believe that over a week has gone by since I was busily preparing for the market sale at the Harvest Moon Festival in Clearwater. 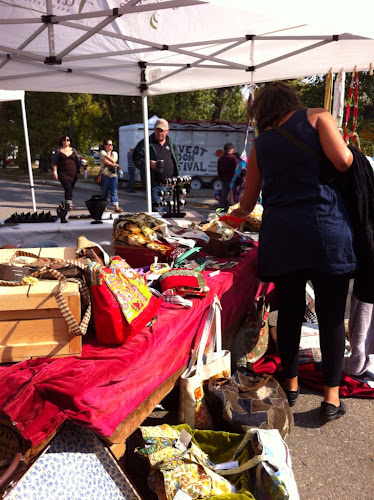 I've written 99 posts in my head this week, but didn't have two minutes to rub together, so in my leaky head they stayed. 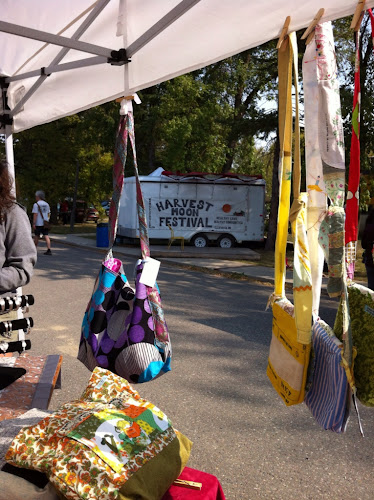 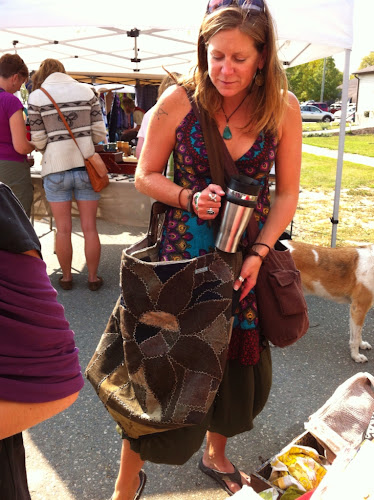 Such a monstrously good time was had setting out my wares and mingling with like-minded patrons.

Just the day before leaving, I had made a giant carpet bag out of the most wonderful piece of rescued wool suit piecework. I couldn't wait to meet the person who would embrace it. 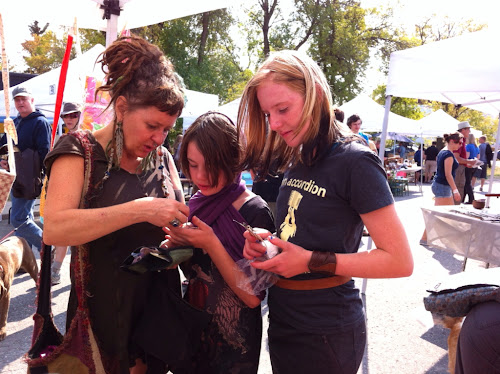 I met all sorts of people whose styles inspired and thrilled me. 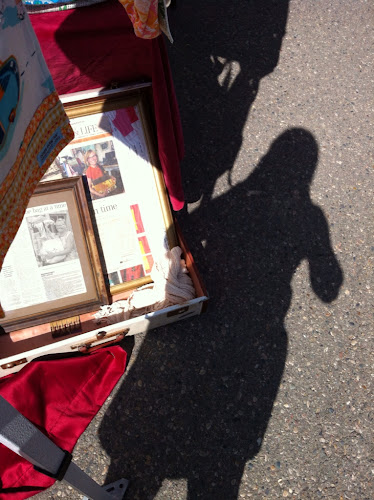 It was one of those times when I could feel myself "coming home" to what I was born for. 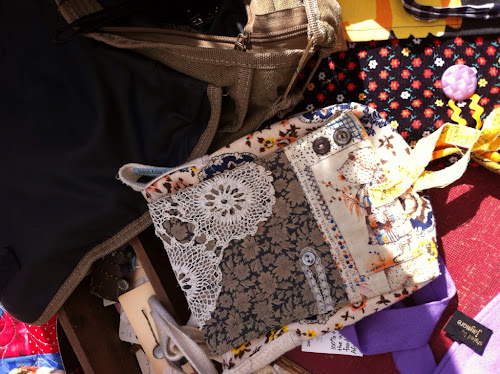 There were so many highlights. Let's start with something universal: the weather. Holy canoly, what a day. September in Manitoba can bring all manner of treats and threats, but Saturday in Clearwater brought us twenty-nine epic degrees! I don't think God cares that much about pleasing me with perfect weather, but I'm tempted to call it a miracle anyway. It has been known to snow in September, and twenty-nine degrees is the perfect July day. Just imagine it in September, and feel my rapture.

There was that moment when I sold the bag off my shoulder. She liked it best- even more than the numerous bags she fingered and drooled upon that were scattered across my table. "I'll sell it to you" , I said. "Dirt, and all!" And she accepted. What a story of rebirth. The handle of the particular bag is a strip of webbing that I rescued from my Tante's apartment after her unfortunate death. It was neatly coiled up, and had clearly been removed from some other piece of work and wound up with the intention of using it again.

I did. And I carried it about all summer long. Then on a perfect fall day, I sold it for $30.00 and sent the money to someone who needed it more than any of us do. I think my mama's sister would be pleased. 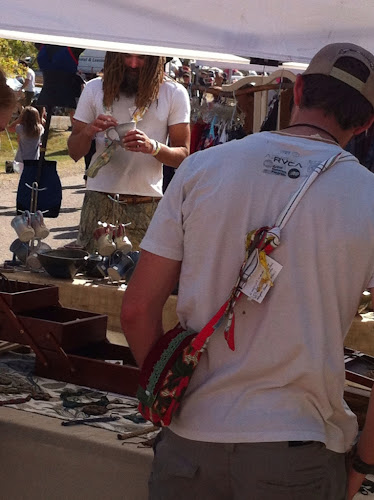 Then there were these guys.

Tall, rugged, dreadlocked and chill. They were like walking art, if you're into that sort of look.

They approached my table, and bolstered by a day filled with sales and sunshine, my filter fell off and I became mildly obnoxious.

"Buy a bag and save the world!" I shouted. "Feed the hungry!"

"You could", I responded, "and that would be doubly good. I'm going to give away the money and turn it into food for someone else. If you feed someone with a bag, that'd be double awesome."

They pottered about my booth, and guy #1 picked up a red velvet and green lace itty bitty baggie and handed me $40.00.

His buddy said; "Are you buying that for somebody?"

Buddy says; "Nah, I pretty much think I'm going to wear it. You gonna buy one?"

Dreadlock guy picks up two floral baggies and says; "Which one?",and hands me $40.00 for his choice. 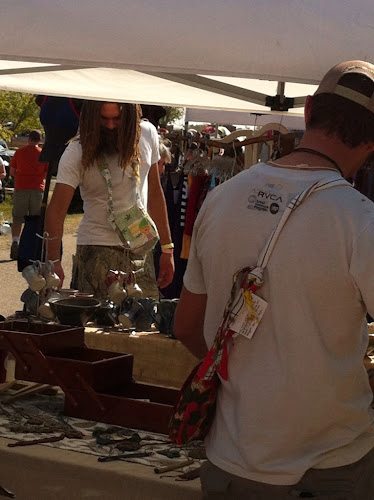 Both men of awesome coolness put the bags over their necks like pendants and saunter on down the street. I felt like I'd brushed up against Jesus, and I'm not really kidding.

I considered running after them and offering my daughters' numbers but thought it might appear just a tad desperate. 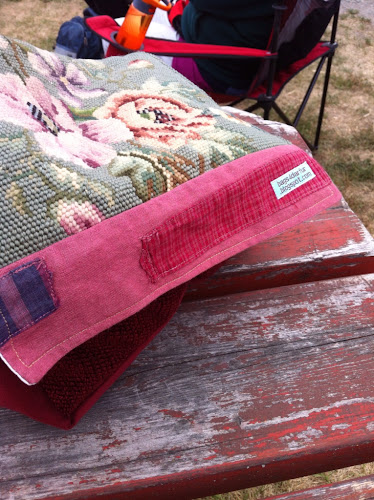 Good thing I have my memories. (That should last about 47 hours. I have trouble remembering my gender on good days).

One dollar for every life lost.

Posted with Blogsy
Posted by joyce at 1:32 PM

I am SOOOOOO coming with you next year. You know it.

congrats on a great sale. I soooo want to sew when I see your bags. let's get together again soon!

geez, our tiny camper is getting pretty full, Karla. But for you, there's always room! You can sleep in the bathtub.

love the part about the murses... and could only wish our boys will have the same spirit!
beautiful!

awesome! I love the vibe at these small festivals
meet you soon
Ruth

Oh Joyceeeeeeeee this is why I love you.

BTW, I got a compliment on my chihuahua bag the other day - my favourite carpet bag.

Also lost the handle on another reusable bag - good thing I have lots of Joyce's.